It was an grey overcast morning with an annoying drizzle (why won't it rain properly?) and I was walking along Geelong's beautiful waterfront on my way to a cafe for a family breakfast celebrating my dad's 89th birthday. I had my camera in hand, to take a few family photos, but got distracted on the way by the noise of honeyeaters in the Silver Banksias that have been planted close to the water's edge. They're flowering and dozens of New Holland Honeyeaters and Red Wattlebirds were having breakfast too. 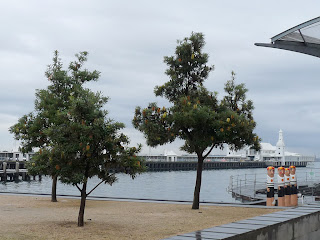 And here's one I prepared earlier. I took this photo in the same area on a sunny day last year. 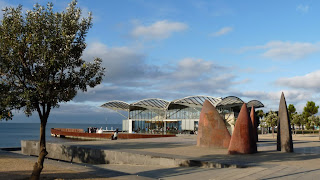 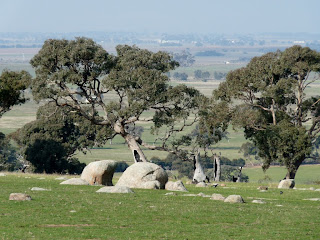 We're used to having our car's mirrors attacked by White-browed Scrubwrens and Superb Fairy-wrens but this was a first. On an excursion to the You Yangs the reflected image in a mirror on one of the cars attracted the attention of a male Scarlet Robin. At first we were careful not to disturb him but he was so intent on getting rid of the intruder we were able to stand a metre or two from him. (The You Yangs are worth a visit this year - all the trees are flowering or covered in buds  - and we saw Swift Parrots, Diamond Firetails, Flame Robins, Musk Lorikeets, Black-chinned Honeyeaters, Eastern Spinebills, Yellow Thornbills, pardalotes etc etc etc.) 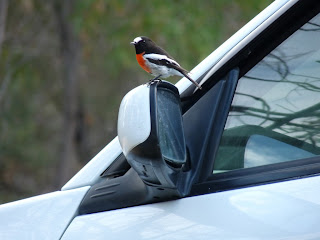 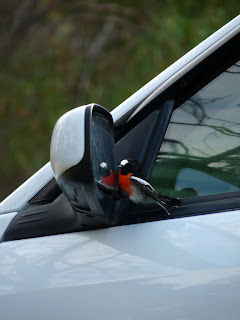 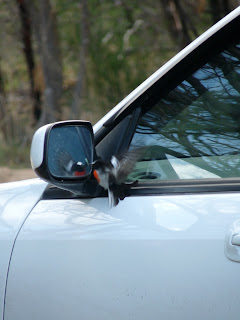 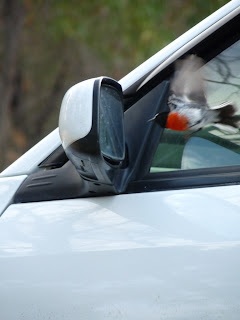 Email ThisBlogThis!Share to TwitterShare to FacebookShare to Pinterest
Labels: Scarlet Robin, You Yangs

Back on home territory

Yesterday I went over to Forrest in the Otways to see if there was any fungi about and breathe in the fresh eucalyptus smell. We've been in Europe for eight weeks and I was missing the Aussie bush.
It takes about an hour to drive to Forrest from Geelong and it's not until the last few kilometres that you see any natural vegetation. Even the roadsides are mainly introduced grasses. I was taking particular notice because as we drove around the UK and Europe I was continually aware that the total environment there has been modified by humans over the last few thousand years - the forests included. It seemed to me that almost every square metre has been farmed, harvested or built upon at some stage. And you only have to see the geophys survey results on an episode of Time Team to see that changes are not just on the surface. The current result of all this activity is a stunning beauty but in no way could it be called 'natural'. 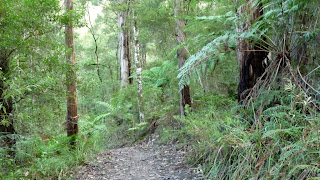 I was taking a rather superior position on this until the drive to Forrest yesterday. And even when I was walking along a delightful track at West Barwon dam near Forrest I was aware that, even there, the timber industry has had a century of operations in the area so most of what I was seeing was regrowth. Thankfully there are still plenty of natural treasures to be found in the regrowth but it would be fantastic to go back several hundred years and have a look. 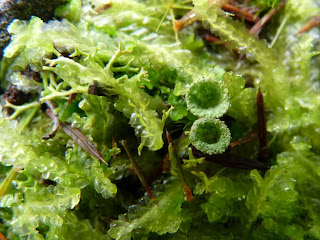 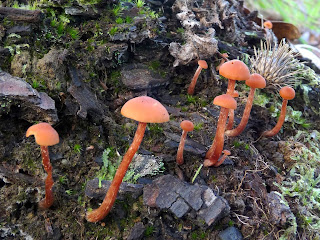