This might be my first and only blog on a subject that's not true to theme - although, when I think about it, it is about magpies.

My new grandson came home from hospital this morning wrapped in his father's favourite colours! We cat supporters don't stand a chance. 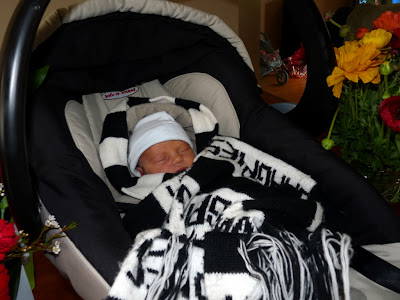 'There's a baby parrot on the garden path.' So I went to investigate of course. And there he was, eating seeds from the weeds that have overtaken our gravel pathway - short-tailed with brilliant blue wings and head. I'm still wondering what it is when he turns around to show off his bright red chest. A juvenile Red-Chested Parrot. And he has an orange leg band. Definitely an escapee.

We captured him and put him in the empty chook shed while we worked out what we were going to do with him and then took him to the Jirrahlinga wildlife centre at Barwon heads. At least he'll survive there because he would have had no chance in the wild. 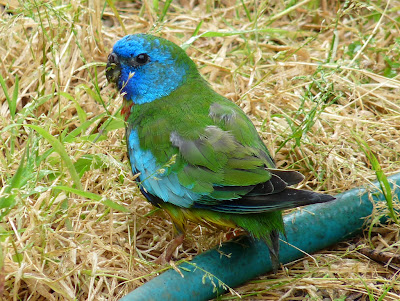 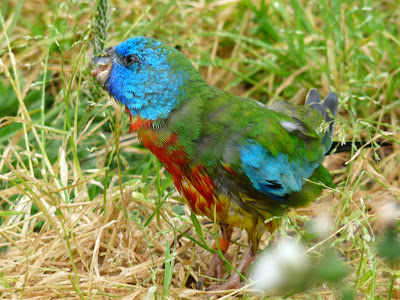 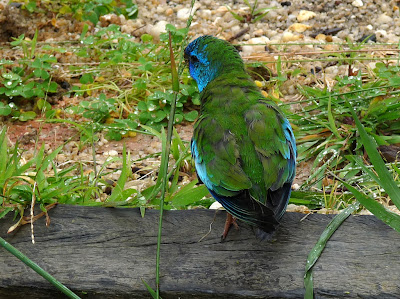 I went out to the Brisbane Ranges to look for orchids but, although there were lots of other plants flowering (see a selection below), I found very few orchids. I don't know whether I was too early, too late, looking in the wrong spots or the orchids just aren't prolific this year. I'll have to talk to have a chat to some of the 'friends' to find out - their wildflower show is on 9 October.  The only ones I could find were Nodding Greenhoods, Pink Fingers, Wax-lip Orchids and a small patch of Rabbit-ears Thelymitra antennifera. 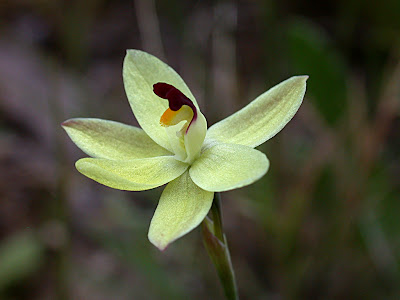 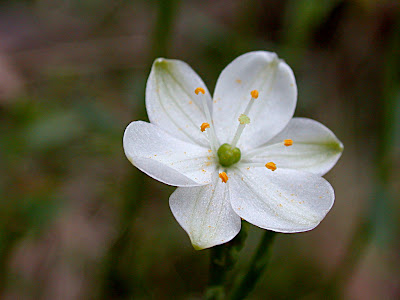 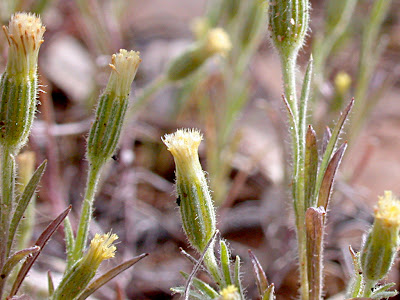 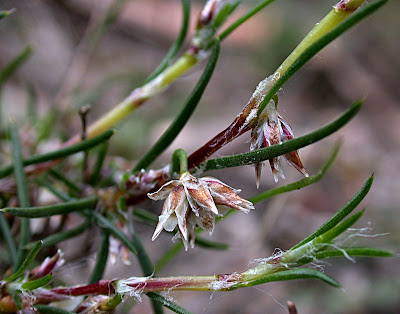 Earlier this year I explored a creek that runs through the northern suburbs of Geelong, Cowies Creek, and blogged about it here. One statement I made in the blog came back and bit me - I said I'd be recommending the walk to the Mid-week Bird Group (of the Geelong Field Nats) so of course Polly, the leader, asked me to lead the walk:) 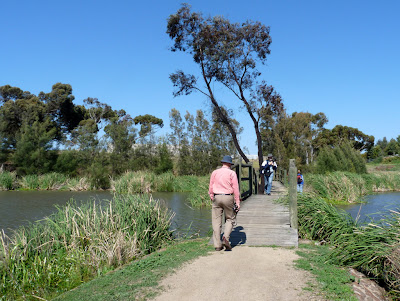 Today was the day. We enjoyed the good company of knowledgeable birdwatchers, lovely sunshine tempered by a very, very strong wind and about 34 species of birds in an environment that was new territory for most. In the blog I had commented on the darter that I'd found on the lake and today we found two, a pair ( or at least, a male and a female). If they choose to breed here, on the island in the trees that overhang the lake, it will be an extension of the breeding records in the Geelong area. There's the female in a likely spot, below. Something to keep an eye on. We were also delighted to find two juvenile White-necked Herons and, later, two adults flew over. 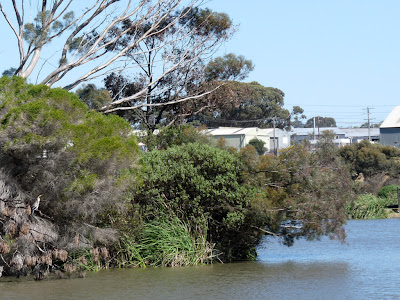 Posted by Boobook on Wednesday, September 21, 2011 No comments:

We've been home two weeks and today was the first time I could escape suburbia and head to the bush for a couple of hours. Where to go? It's early spring so something (in the flora world) is happening everywhere but I went to the Inverleigh Flora Reserve. What a delightful place it is. I found several orchids, a greenhood (that's actually a maroonhood) and the rather special Little Golden Moths. I found the tiny Scarlet Sundew. And I found plants that are like old friends - familiar and lovely to see.

Where will I go next week? Choices, choices. 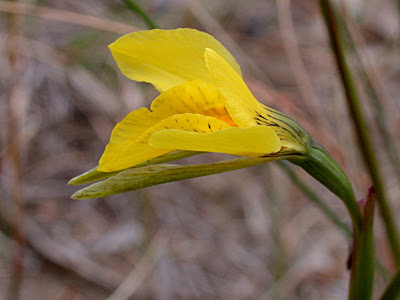 [Edit: I've had another think about this ID. It's more likely to be the more common Diuris chryseopsis Golden Moths orchid even though the plants were shorter and more delicate than those I've seen before.] 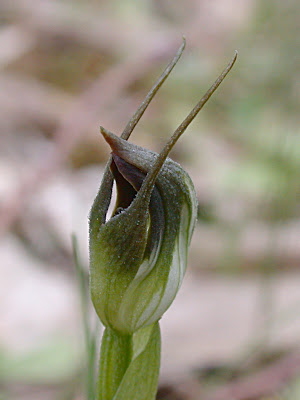 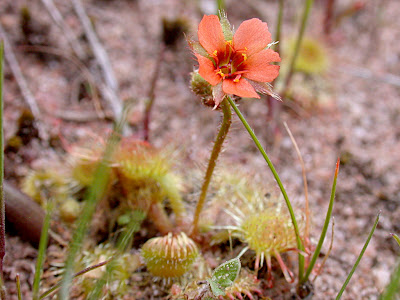 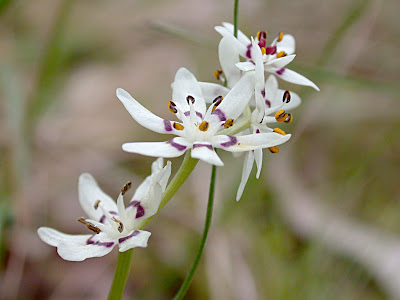 Early Nancy (a male, despite the name) Wurmbea dioica 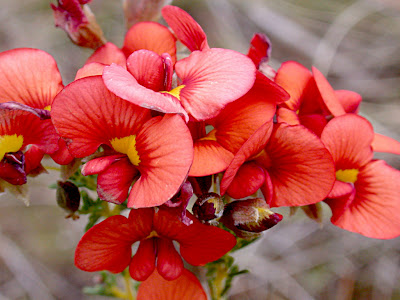 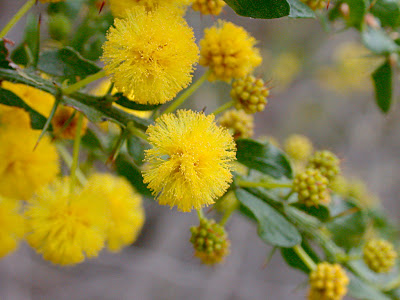 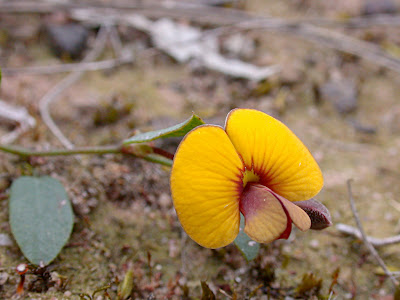 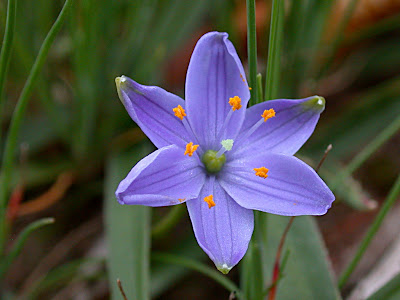