Pins in my garden

When I first saw this little bundle on bare dirt in my garden I thought it was a piece of fluff or hair. It's only a few centimetres high and glistens in the sun. Then I thought it must be a slime mould. But it turns out to be a fungus, and an interesting one at that.

Phycomyces blakesleeanus is a relative of black bread mould, or Pin Moulds. Scientists have found it fascinating because it is light sensitive and rotates as it elongates! The pins, or sporangia, turn from yellow to black as they age and will release spores at some stage.

I'll be keeping an eye on it over the next few days. 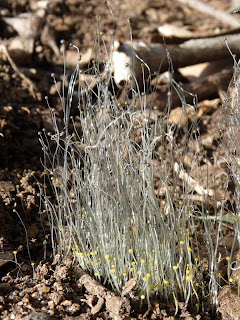 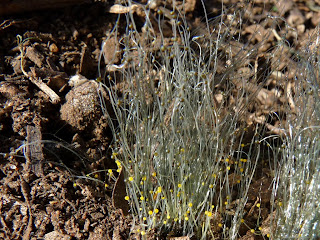