We pulled into the houseyard of the farm and I thought I'd accidentally driven onto the set of Hitchcock's The Birds. There were Little Ravens everywhere, dozens of them, in the trees around the house and in the paddocks, making a racket. They were still there the following day and the next. I estimated about 300 birds and I think they're feeding on the little grasshoppers and/or caterpillars that are in large numbers in the pasture.

The Yellow-rumped Thornbills are also feeding on the caterpillars. At least trying to ... I never saw one actually eat one.

There are other insects on the grasses and a eucalypt in the yard that is flowering profusely. 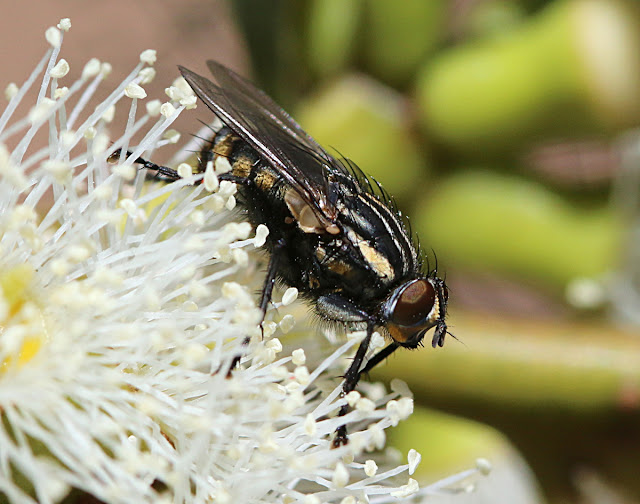 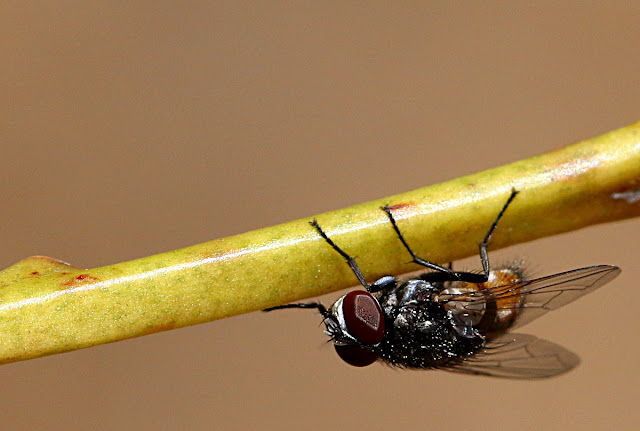 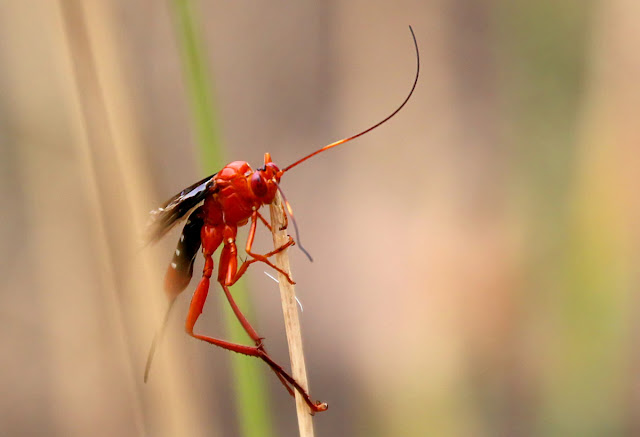 And there are Tiger Snakes. We hardly ever see snakes around this house but in the last week we've seen three around the house and one near the entrance gate. It's a worry when there are grandchildren present as well but I keep telling myself many, many more people die on our roads each year. The Superb Fairy-wrens are excellent at calling the 'alert' signal so I just have to keep my ears open to their calls.

As well as the numerous kangaroos and wallabies that come out of the bush and bluegum plantations at dusk we have rabbits, a hare and a family of foxes. The Common Bronzewings feed under the wattle trees, the choughs call in the distance, two Yellow-tailed Black Cockatoos fly overhead, the male koalas bellow loudly from their territories in the house paddock each night, and we enjoy the company of our resident Gang-gang Cockatoos, Galahs, Crimson Rosellas, New Holland honeyeaters, Yellow-faced Honeyeaters, White-browed Scrubwrens and Superb Fairy-wrens.

But best of all is a bird new to my farm list. I was totally surprised to see what I thought was a Latham's Snipe at a small wetland in the bush and took a photo. Can you see it?

No, I couldn't either until I downloaded the photos to my computer. And there were not one but two snipes! I went back this evening to have another look. It's lovely to think they've flown all the way from somewhere like Siberia to spend the summer on our farm. 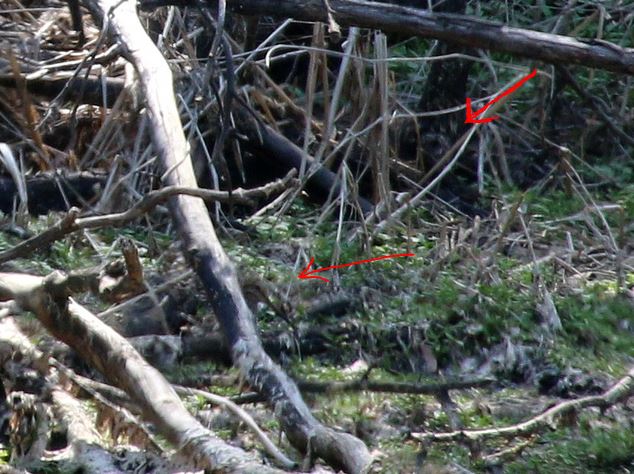