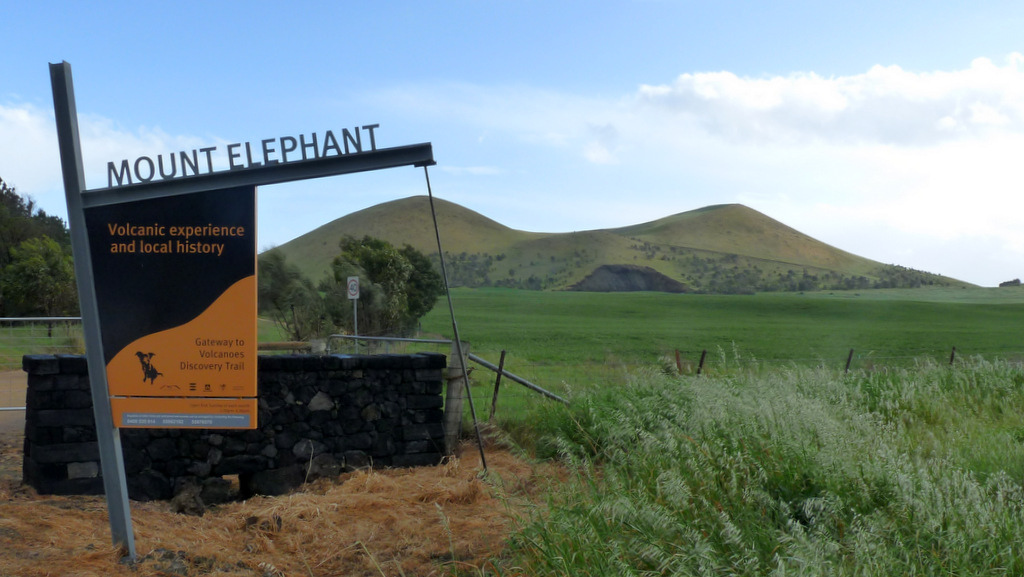 Mount Elephant is a landmark that stands above the volcanic plains of western Victoria. It is a breached scoria cone 240 metres high, a site of National Significance.

In 2000 the local community (Derrinallum and Lismore) as well as Trust for Nature raised the funds to purchase the mountain when it came up for sale. Since then there have been rehabilitation works, an information centre constructed, surveys and revegetation and the site is open to the public on the first Sunday of each month. You can read more about their work here. And there is really informative webpage about the volcanoes in western Victoria here.

There are some photos of what the mountain looked like 100 years ago. The photographer was Gabriel Knight. They show sheoaks and several types of trees and shrubs (possibly Tree Violet and wattles). The recent surveys have revealed the remnants of some of that vegetation. There are no remnant trees now because there were two fires, one in 1944 and another in 1977.

In 2008, at the height of a drought, I took these photos of Mount Elephant from various viewpoints. 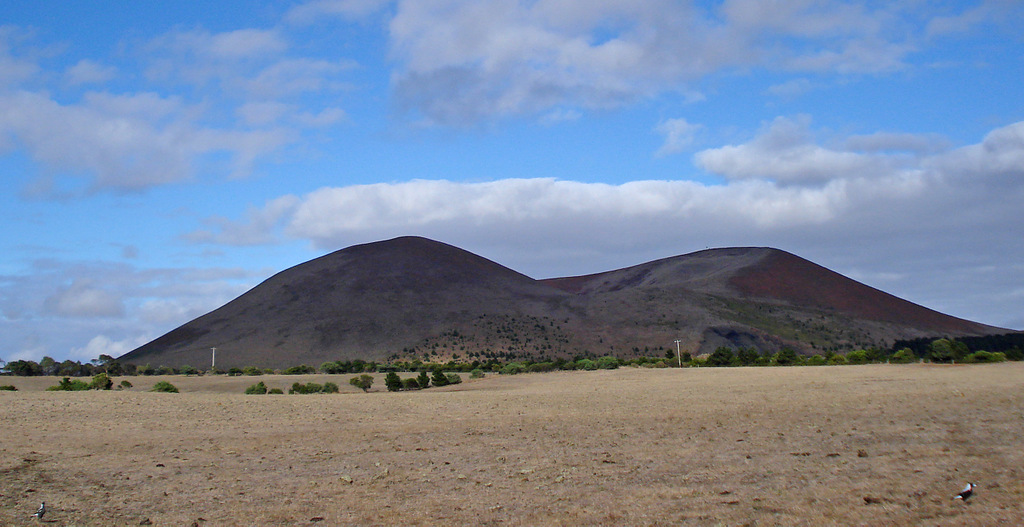 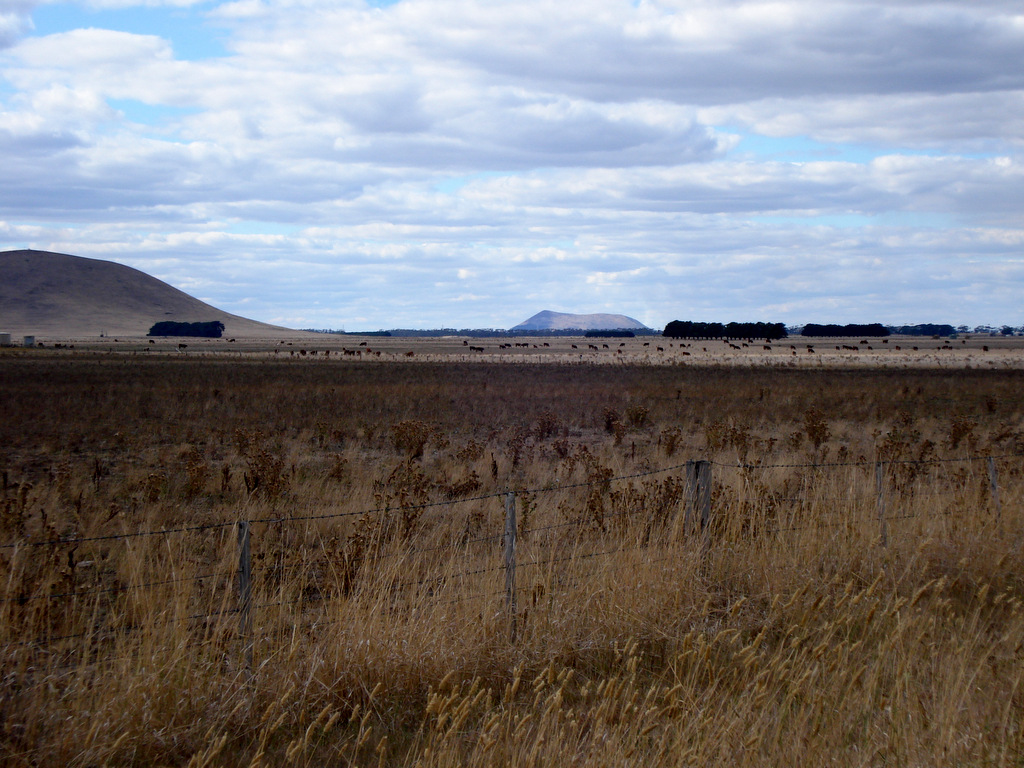 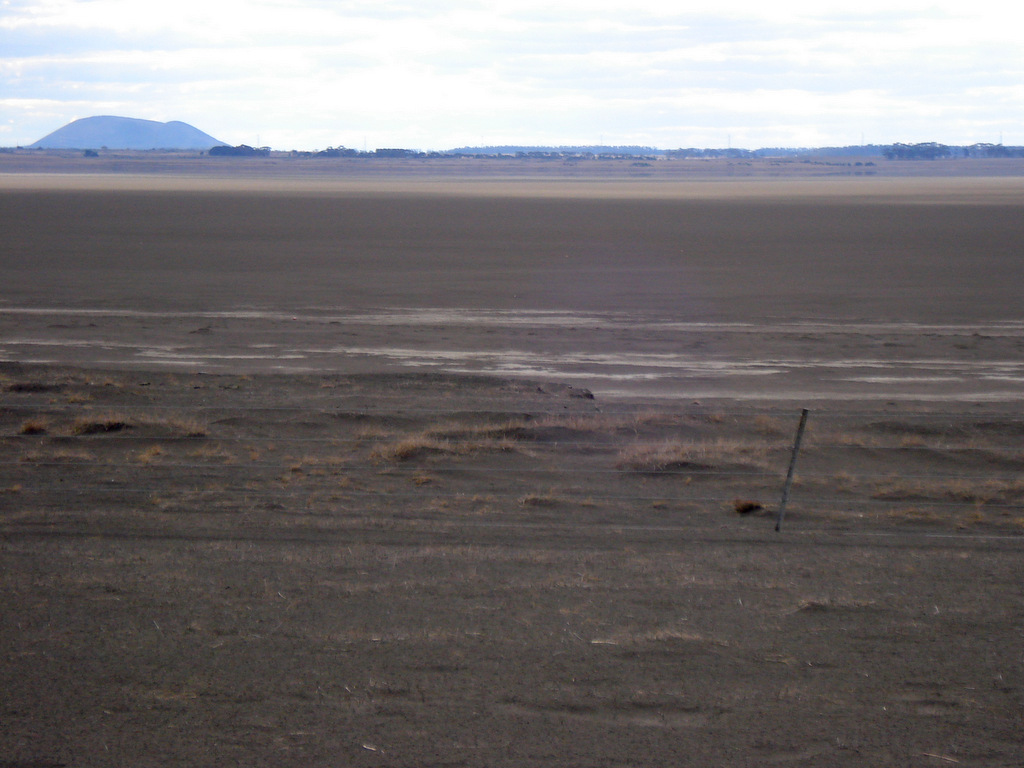 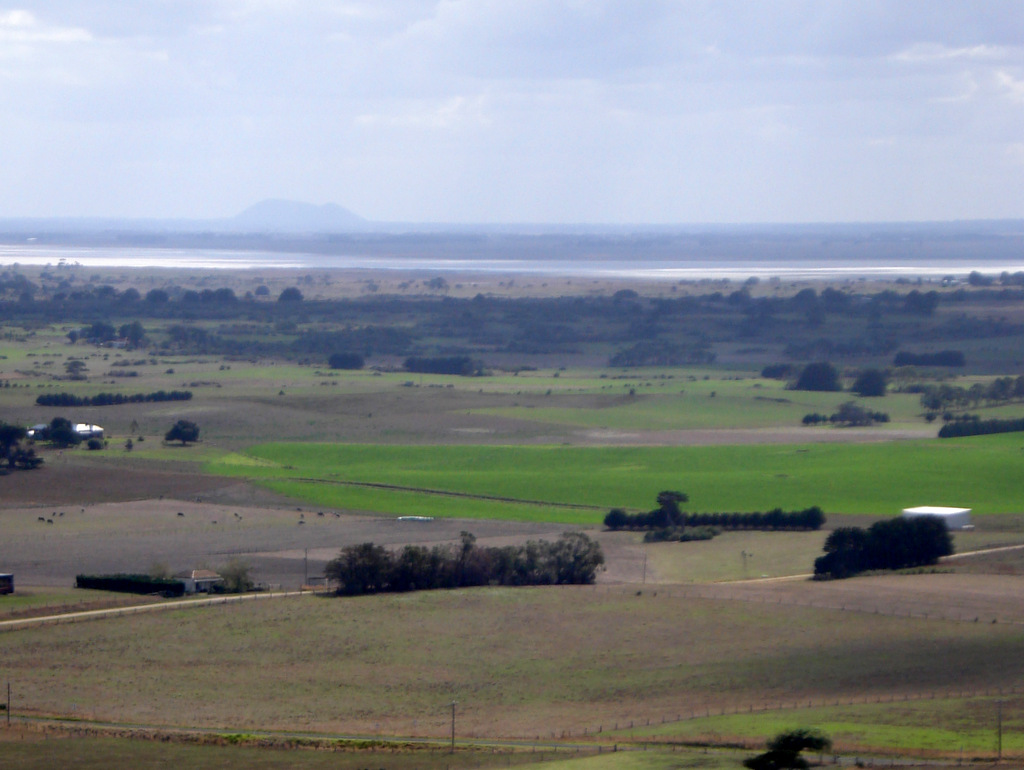 Last week I took these photos from the entrance to the information centre. One day soon I'll visit when it's open so I can climb up to the crater. 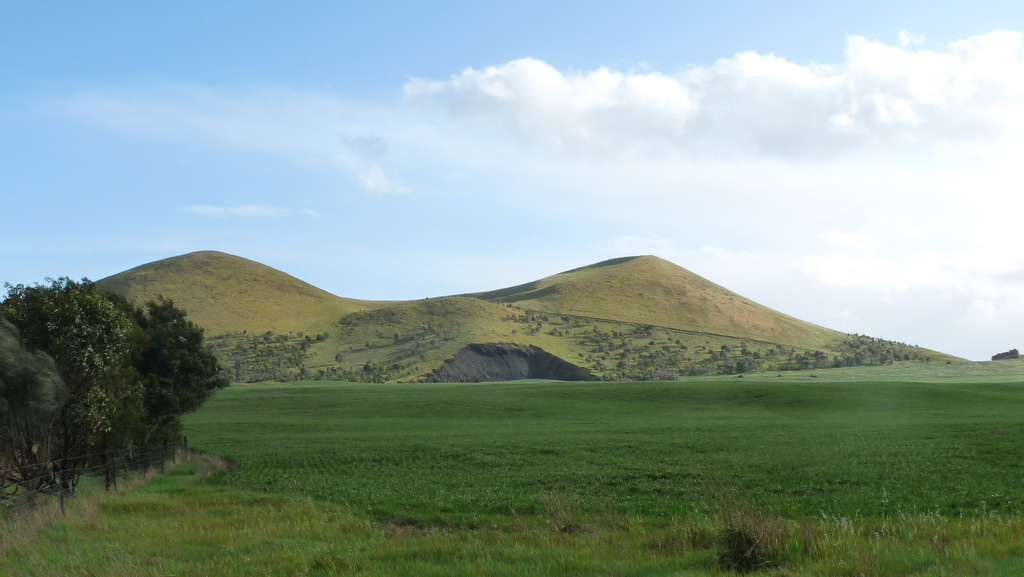 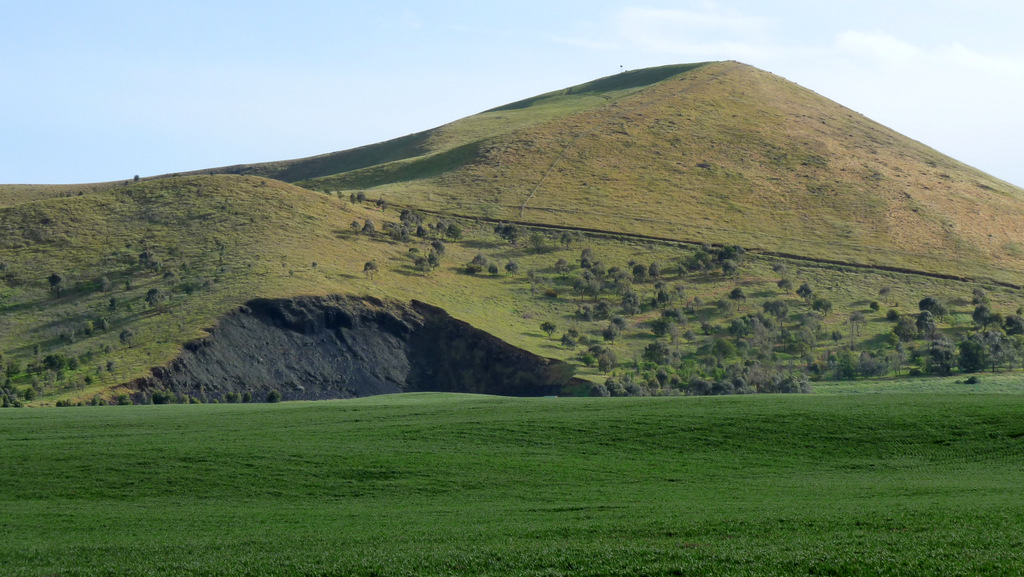 Note the quarry. This one was a railway ballast quarry and it closed in 1913 because someone finally realised that scoria is too light for ballast. Gabriel Knight photographed some of the workers.

There is another larger quarry on the west side of Mount Elephant. It closed in the 1990s and there have been rehabilitation works but there is still a very large scar clearly evident from the highway.
Posted by Boobook on Thursday, October 02, 2014 No comments:

In 2009 I wrote here about a Blue-tongue Lizard resident in my garden in suburban Geelong. Since then we've regularly seen it or heard it in its favourite areas of our garden. Sometimes we wouldn't see it for several months and just as we were beginning to think it had disappeared it would rustle under a pile of rocks or a shrub.

Yesterday we returned from several days away from home and discovered the lizard dead on a pathway with claw marks along its back. We suspect the 'murderer' is the cat from next door that regularly stalks in our garden.
Posted by Boobook on Wednesday, October 01, 2014 No comments: