Today, armed with our knives and screwdrivers and geology hammers, we visited Batesford Quarry on the outskirts of Geelong. 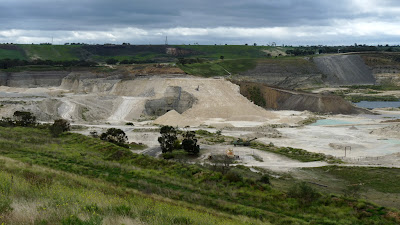 The quarry is the type locality of Batesford Limestone, a ﻿biocalcarenite consisting of broken skeletal remains of bryozoans, echinoides and bivalves. It accumulated in a clear water marine environment with a sandy sea floor in the Miocene period. We went there to look for the fossils.
It's a very large and deep quarry, no longer operating (although there are several smaller mining industries on site). The Moorabool River runs down one side of it but no longer is on on its original course. The quarry managers diverted it in order to access the limestone. ﻿The industrial archeolgy is very interesing too, but we weren't concentrating on that. We wanted to find sharks teeth. 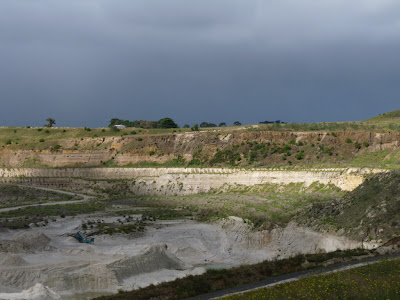 ﻿It's astonishing to think that you can chip off a limestone chunk and expose almost intact fossils of marine creatures that were alive 15 million years ago, creatures that look like those we find on sea shores today like sea urchins, cowie shells, bivalves, sponges and coral. And yes, we found a few shark teeth. It was a most interesting excursion. 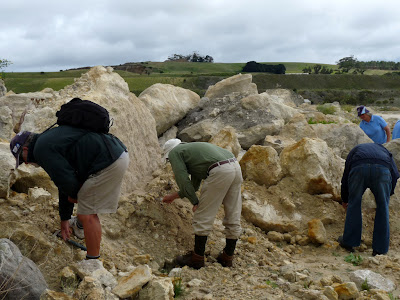 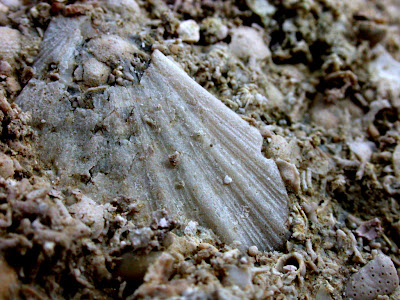 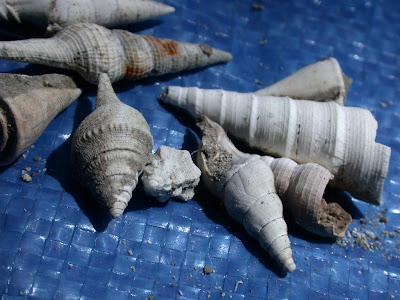 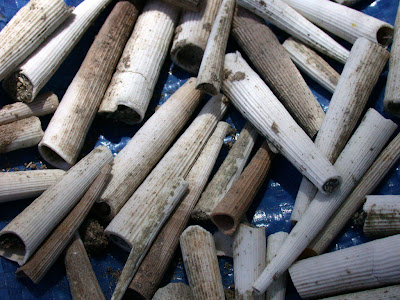 A geologist called David Williams has written an interesting blog about finding a new species of barnacle in the wall of a building in Melbourne that is faced with Batesford Limestone.
http://stories-in-stone.blogspot.com/2009_10_01_archive.html
Posted by Boobook on Sunday, February 20, 2011 4 comments: