About 30 years ago Cliff Beauglehole surveyed the area north of Kerang to record the vascular plants growing in reserves and public land. (In fact he surveyed the whole of Victoria but this particular area is pertinent to this post.)

The Loddon River flows north to join the Little Murray and the Murray near Benjeroop, as does the Barr Creek and one of the reserves that Cliff surveyed in the area borders the Barr Creek and is called Benjeroop Wildlife Reserve. Cliff recorded 246 native vascular plants between Benjeroop and Cohuna but devoted a whole paragraph to the Benjeroop Reserve.

The author was most impressed with Benjeroop State Forest and recommends that the area be given top priority as a Biological Reserve - suggest Wildlife Reserve.(a) there are several large worthwhile and important communities.(b) at least 8 native vascular plant species which are not known from any other Murray Valley Study Area reserve, some of which are in abundance.(c) when fully investigated in all seasons would yield other worthwhile species. Several roadsides deserve consideration as potential Roadside Conservation i.e. protection of rare communities.(1) the roads adjoining S(outh) end of Benjeroop State Forest, such would form important buffer zones

Last week I tried to visit the reserve.

The first afternoon we drove down one road that turned out to be a 'no through road' - but we stopped to ask directions from a local farmer who was parked half way along checking out new lambs. That was the end of the exploration that afternoon because it turned out my husband and she had a lot of mutual acquaintances from 50 years ago having both attended Kerang schools.

The second afternoon, with my 90-year-old mother-in-law in the passenger seat, I had another go following directions from the aforesaid farmer. We drove down Heffer Road but unfortunately there are no signs to indicate reserve or private land so I stopped at a likely spot to photograph some plants ...  and the only passing vehicle stopped to ask (in a friendly way with serious intent) what we were up to. I explained and was rewarded with more directions. By then a storm had arrived so we went home.

Next time I am in the area I will drive down Benjeroop Forest Road that leads off Rabbit Point Road but I have been told by the above informants that the road could be in bad condition.

The Reserve (I believe) is open forest of Black Box Eucalyptus largiflorens with a chenopod understory. There are River Red Gums and Tanged Lignum along the Barr Creek. The bits I did see looked interesting but I was just a week or so early I think. Painted Lady butterflies were out in some numbers and there were some day-flying moths. Babblers, choughs, Striated Pardalotes and butcherbirds were calling. 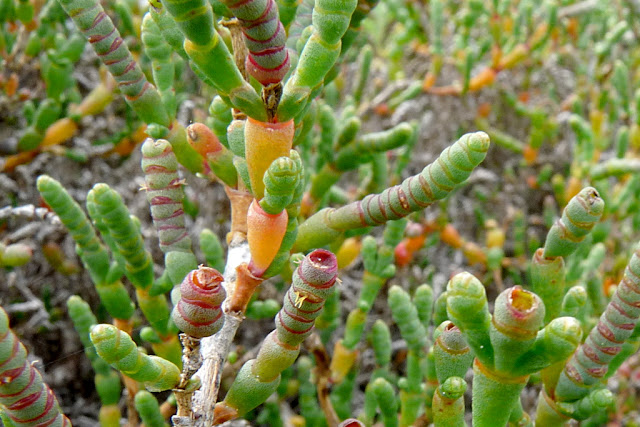 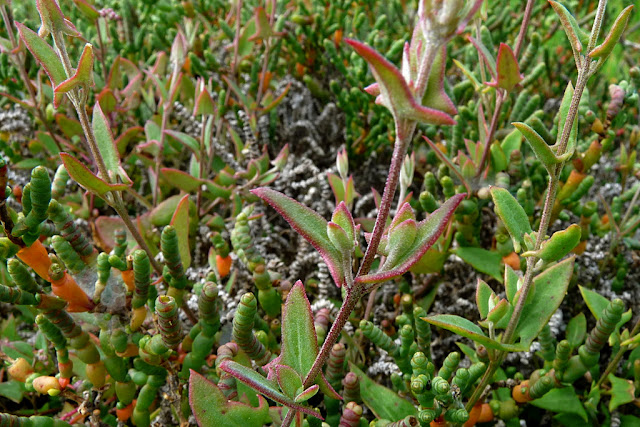 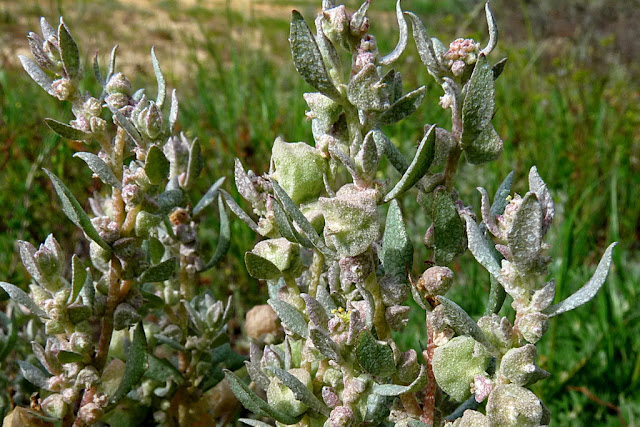 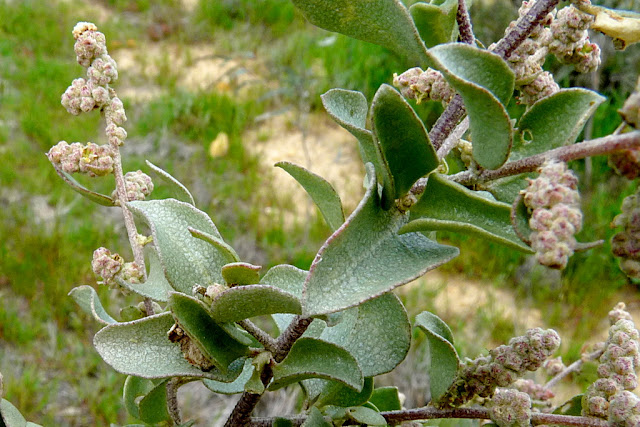 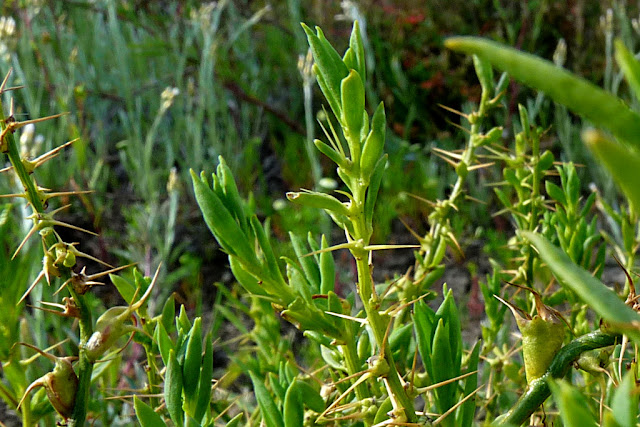 Posted by Boobook on Wednesday, September 07, 2016 No comments: