It's an insect that resembles a mantis, but it's not a mantis and it's not a fly. The Mantis Fly is related to lacewings and antlions, a member of the Family Mantispidae in the Order Neuroptera. I can't narrow this one down to genus level but it could be Campion sp.

Several years ago I posted a photo of a Mantis Fly on this blog, here. I haven't seen one since. And then several weeks ago I found one on my washing basket in exactly the same place, within a metre.
They're not very big, not even 2 cm long, but they look amazing because of the folded up front legs. They look like a cross between a praying mantis (not a relative) and a lacewing (a close relation). They stalk their prey and quickly snatch them with their front legs.

Some, if not all, mantisfly larvae hitch a ride on a passing female spider after they hatch. The larvae also have strong jaws and are predators that parisitise spider egg sacs. They pierce and consume the contents of spider eggs.

Mantis Flies are attracted to lights at night but rarely seen during the day.

So, in a couple of years time I'll check my pink plastic washing basket to see if it's attracted another Mantis Fly because my theory is that they like pink. Now I need to organise a PhD student to prove my theory.

Posted by Boobook on Wednesday, February 26, 2014 No comments:

I am in awe of bird photographers. I study their photos, imagine the effort needed to produce such glorious results, imagine the cost and weight of the equipment they use, admire their knowledge of bird behaviour.

So I don't do bird photography. Give me an insect or a plant any day. But this beautiful White-browed Scrubwren sat on a post close to me and I couldn't resist. I'm cheating really because they are birds that don't mind human company. 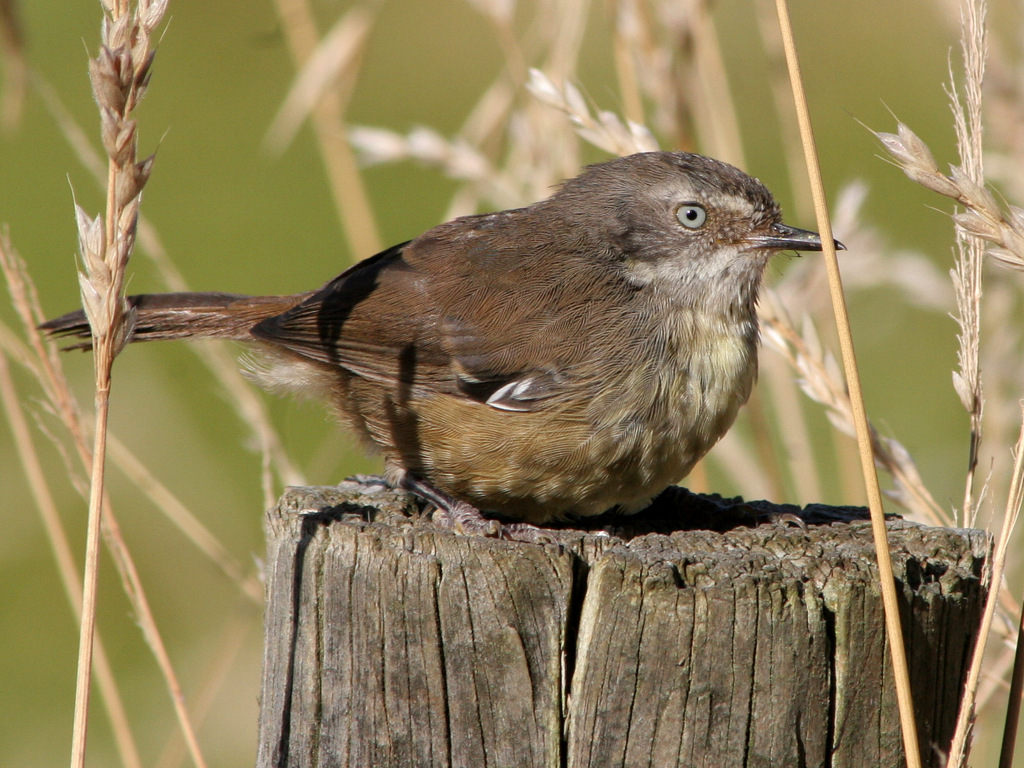 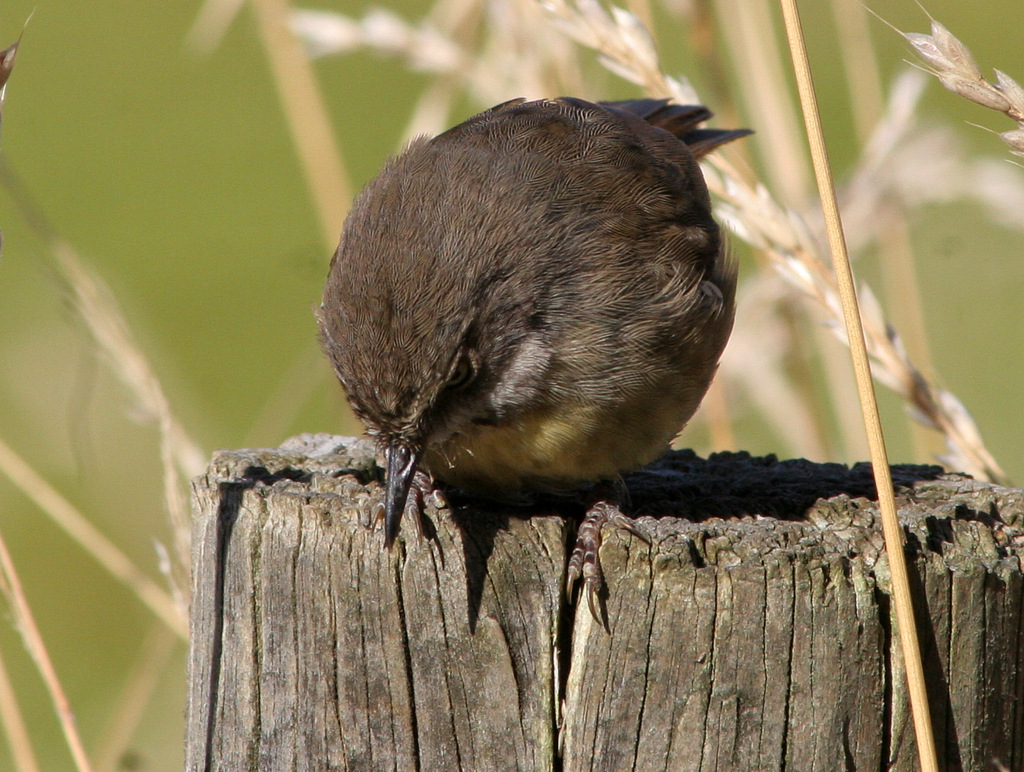 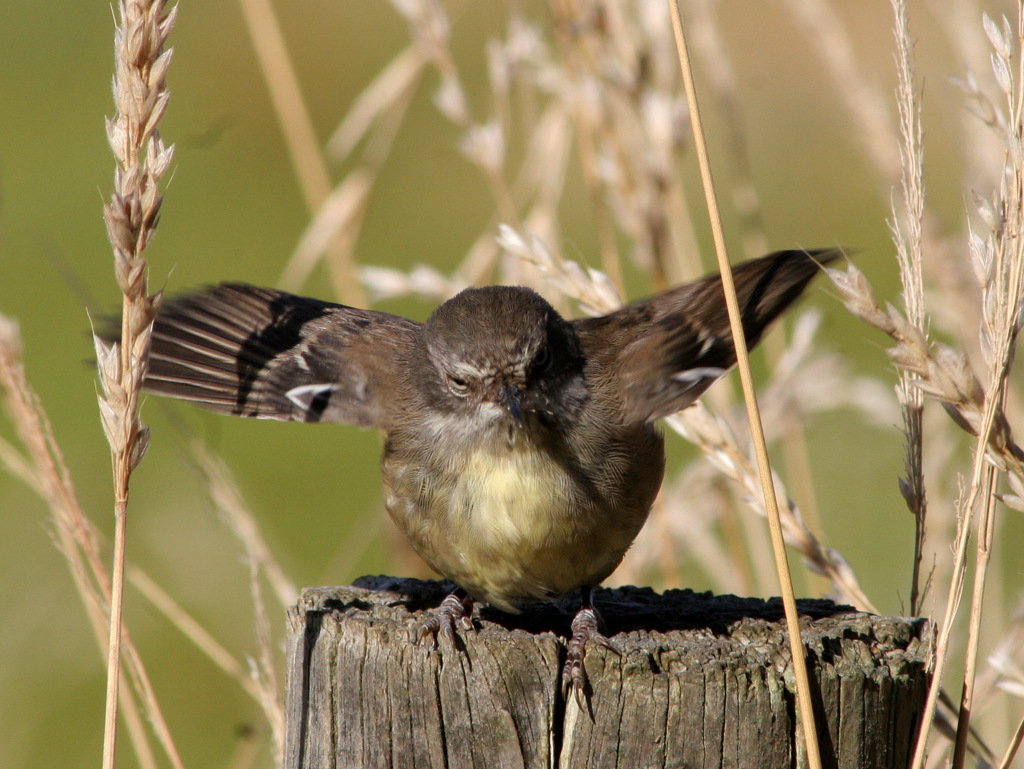 A dam on our property in Western Victoria is in the middle of a paddock of pasture that has been continuously grazed by stock for decades. Sheep and cows muddy the edges as they drink, and the water levels fluctuate with the seasons. But several years ago a bigger drinking trough was installed in the paddock and the dairy cows that come and go prefer to drink the fresh clean water from the trough so the dam is largely ignored.

I have largely ignored it as well until one day late in January I was looking through the binoculars, scanning the edges of the dam for ducks or plovers, and I noticed some flowers on the surface. I had no idea what they were and at first suspected it to be a weed. But no. It's a perennial plant called a Swamp Lily Ottelia ovalifolia that likes to grow in still or slowly moving fresh water. It has broad leaves, each with seven veins, that float on the surface of the water. (The juvenile leaves are linear and submerged.) The flowers have three petals and are quite large, up to 5 cm in diameter.

And I noticed something else flowering on the edge of the dam as well. The leaves are very similar to those of the Swamp Lily but you see in the top photo that they don't float so closely on the surface of the water and the flower is completely different. It's Floating Pondweed Potamogeton tricarinatus. The leaves are thick and leathery and have 16 veins and the flower spike is about 40 mm long.

So now that I've identified the two plants in the dam as native to the area I'm wondering what this one is. It's a rush growing on the edge of the dam and I didn't take much notice of it because I was looking at the other two. It will have to wait until our next visit. 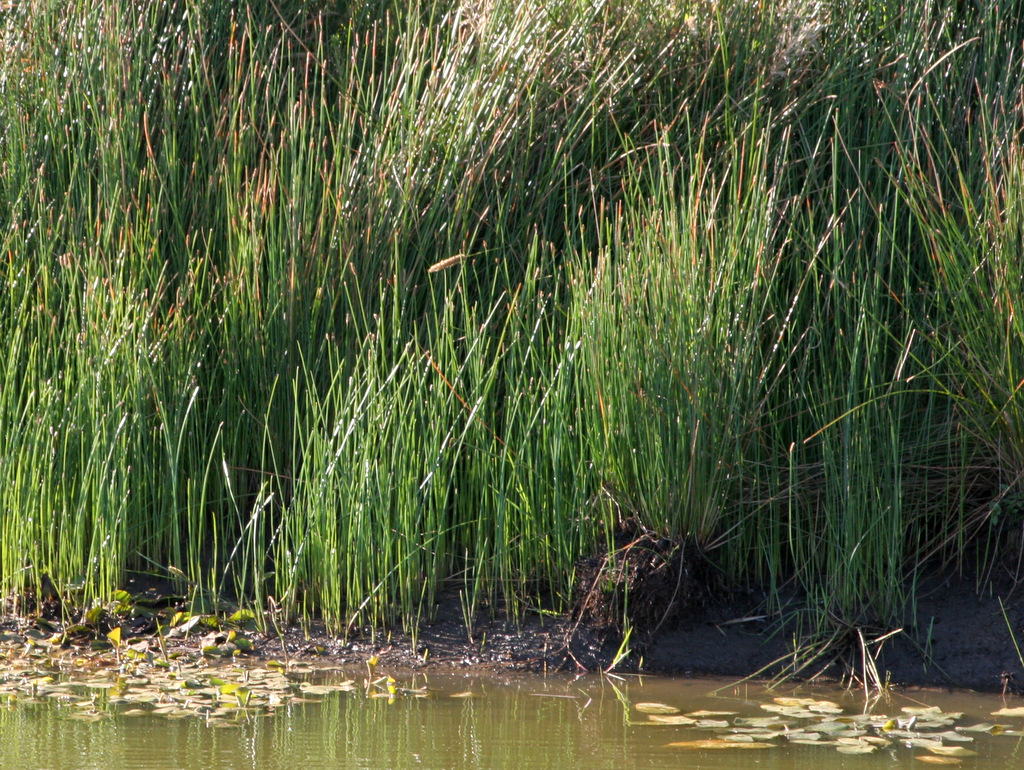 Click on any photo to view a larger version.
Posted by Boobook on Sunday, February 23, 2014 No comments: