Stewarts Reserve is a small linear reserve on Stewarts Rd south of Waurn Ponds. It is only four hectares of grassy woodland with Armstrong Creek running the full length. There are almost no facilities in the reserve, just one picnic table and a short path, parking is limited and access is through a pedestrian gate.

In late spring and summer the water levels in the creek are low or non-existent and when I visited this week the creek was a series of waterholes. Many of the trees were flowering prolifically - eucalypts (Manna Gums, Swamp Gums and River Red Gums), Bursaria spinsosa and Acacia mearnsii - as were the Hop Goodenias and the water ribbons in the creek bed. Red-rumped Parrots and Eastern Rosellas were in numbers and I also heard a Purple-crowned Lorikeet. The only representatives of the honeyeater family were the Red Wattlebirds and White-plumed Honeyeaters, but I'm being a bit unfair because my visit was mid-afternoon. A morning visit would probably be more productive. The prickly Hedge Wattles and bursarias, the tree debris and the hollows in the old trees provide good shelter for the fauna (frogs, birds, insects, reptiles, bats and possums) in the reserve. There are relatively few weeds. The reserve is a very important remnant of what was once a more extensive environmental community - grassy woodland. 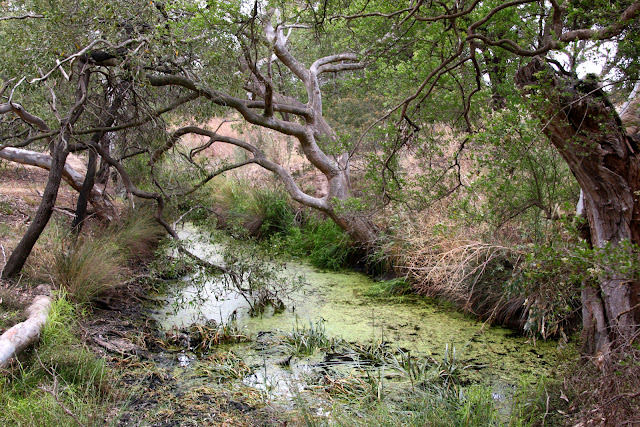 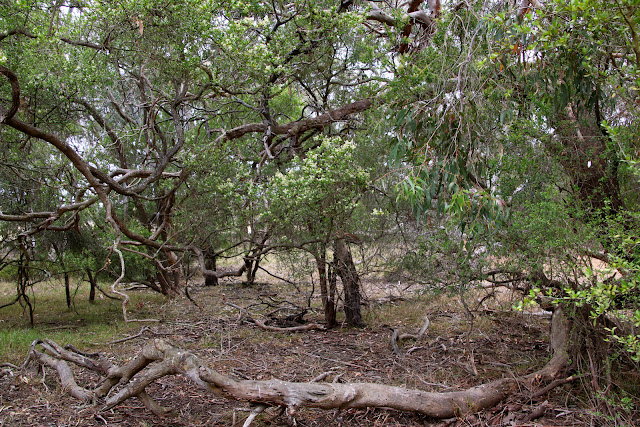 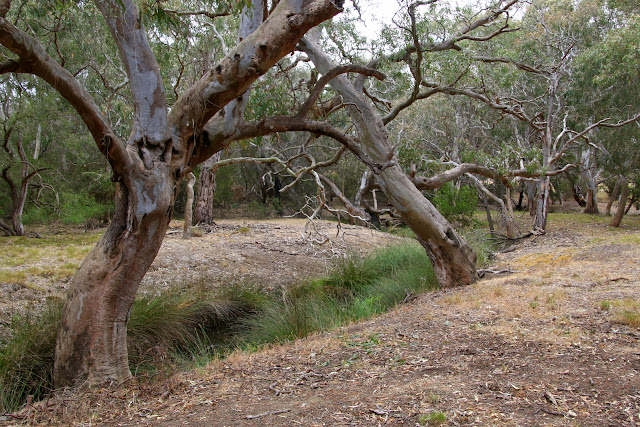 Armstrong Creek is only a few kilometres long and drains into marshland at Lake Connewarre but it has given its name to a new suburb being developed between Geelong and Torquay. The suburban sprawl will put immense pressure on the creek and Stewarts Reserve as well as the significant roadside vegetation in the area. I'm pessimistic about its long-term fate unless an active Friends Group evolves.

Remnant reserves are so vital and urbanisation is such a creeping menace. Same challenges over here in West Gippsland.
Compliments of the Season Loraine,
Gouldiae.